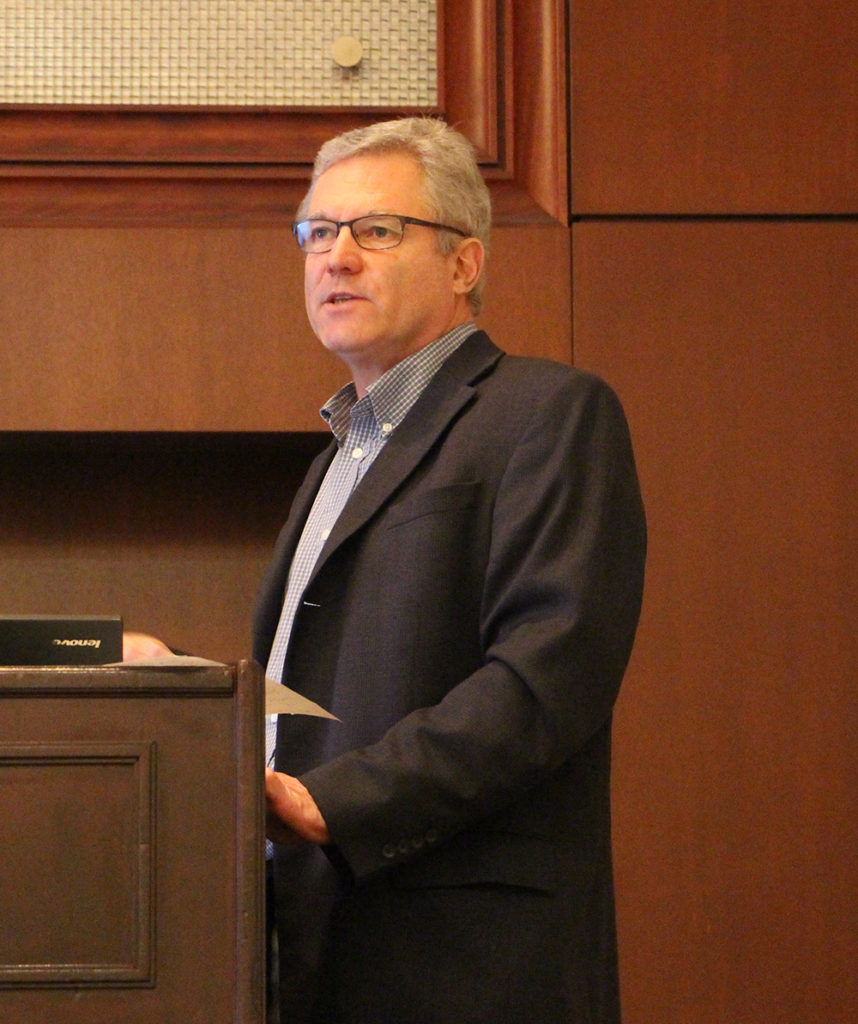 Devon Dartnell, director, market analysis and research, Georgia Forestry Commission, spoke on Hurricane Michael’s Impact on the Forest Resource during the Wood Bioenergy Conference & Expo held March 10-11 at the Omni Hotel in Atlanta, Ga. He noted several things that worked in favor of the post-storm salvage effort, including that GFC organized an immediate meeting with mills, timber producers and the Florida Forest Service. He said wet storage capacity was added at some mills such as Rex Lumber and Canfor; producers focused on high value timber first and pulpwood tracts were postponed; log truck weights were increased to 95,000 lbs. GVW and permits were issued for wet decks; logs were barged to south Alabama for additional sawmill capacity; producers came in from the north and west to add logging capacity; the wet winter made salvage difficult but extended utilization lifespan and it prevented mill quotas; and loggers gave it their all in the most difficult conditions during the salvage effort.

Dartnell said while typical conventional logging costs are $9-$12 per ton, Hurricane Michael logging costs were $15-$25 per ton due to the arrangement of wood and because trucking costs also went up. Harvesting challenges were plentiful: the cut down machines first had to access into the damaged stand; snapped off stems required the skidder to pick up individual trees; sawmills would not accept diagonal cuts at the butt or top end; splits, knots and stresses were worse from Michael than less powerful storms; some mills took only leaning trees because of shake, splits and loose knots.

Dartnell said future challenges are numerous: timber supply is severely depleted in the path of the storm; mills are having to truck logs farther. With 1.35 million acres severely or catastrophically damaged in Florida and 370,000 acres in Georgia, reforestation contractors and seedling nurseries will be sold out for years and require more than a billion seedlings.

America’s loggers will have an opportunity to receive much needed assistance to offset losses experienced due to the COVID-19 shutdown. The Emergency Coronavirus Relief Act of 2020, which passed by a bi-partisan vote in both the…