After Michael: Still Picking Up The Pieces

View Advertisers from the current issue

If you want to learn the true state of the international wood energy industry, especially industrial wood pellets, then you should attend the sixth Wood Bioenergy Conference & Expo to be held March 10-11 at the Omni Hotel at CNN Center in Atlanta, Georgia.

The event, which is hosted biennially by Wood Bioenergy magazine, has developed a reputation for putting behind the podium the leaders and visionaries of the industry. And it is living up to its billing once again.

For example, leadership from North America’s largest producers of industrial wood pellets will deliver keynote talks mid-morning of the first day of the event.

Enviva President & CEO, not to mention co-founder of the world’s largest producer of wood pellets, John Keppler, will address How Renewable Wood Energy Can Help Solve the Climate Crisis. “There is no question that the greatest challenge facing us today is the growing climate crisis,” Keppler says. “As we turn to all the tools in our arsenal, the science is clear on the need for renewable energy to help meet our shared climate goals.” 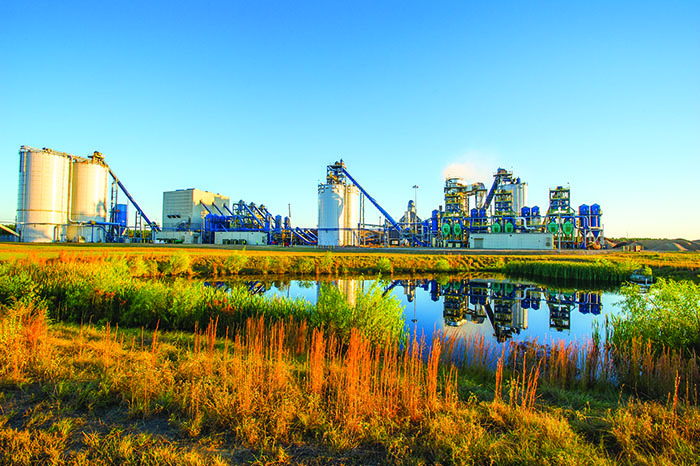 Keppler will provide an overview of the role that Enviva and the renewable wood bioenergy industry play as a part of a broader, modern solution that addresses many of the country’s most pressing environmental and economic concerns.

Scott Bax, chief operating officer of Pinnacle Renewable Energy, will speak on Partnering for Growth. “People, safety and culture are at the heart of Pinnacle’s growing wood pellet business,” Bax says. “Over the past two decades, Pinnacle has partnered with some of the world’s leading forestry companies to build safe, reliable and productive wood pellet plants.”

As of 2020, Pinnacle has partnered with five different forestry companies—Westervelt, Tolko, Canfor, West Fraser and Two Rivers Lumber—at six different pellet plants in Canada and the United States. Two of these facilities are currently under construction, one in High Level, Alberta, Canada and the other in Demopolis, Alabama.

“These partnerships have allowed Pinnacle to focus on using sawmill residuals in its pellet production, providing our partners with a reliable home for their residuals and providing our customers with quality pellets safely, on time,” Bax says.

Looking for an overseas point of view? Also scheduled is Raul Kirjanen, CEO of Estonia-based Graanul Invest. He’ll address Differences on How Biomass Is Produced and Delivered in Europe Versus the U.S.

If you want forecasts and trends, you won’t find anything better than the presentations from William Strauss, president of FutureMetrics, on What is the Future for Industrial Wood Pellets? and Jose Gonzales, senior principal at AFRY, on the Dynamics of the Global Pellet Market and Impact to North American Supply.

Additional sessions will address industry activism and Keeping the Environmentalists at Bay, the State of Advanced Pellet Technologies, and Successful Project Implementation.

The agenda, which continues to add speakers, is on pages 8-9. Approximately 50 equipment exhibitors will complement the program.

Visit www.bioenergyshow.com to register and to keep up-to-date.

Estimates of successful wood salvage on timberland damaged by Hurricane Michael along the Florida Panhandle and southwest Georgia range from 10- 16%, accoding to authorities; mean while many logging outfits have scrambled to contribute to the salvage effort, and some have suffered because of the market ramifications.

The Forest Inventory and Analysis Program (FIA), which will include U.S Forest Service assessments in areas affected by the storm, could conclude as early as March, providing a before and after footprint on timber plots.

Scott Griffin, Forest Management Chief of GFC, says the salvage effort concluded in spring 2019 for the most part. “A lot of the wood deteriorated after a while,” he says. “What we’re seeing now is internal damage. Combine dry season with pine bark beetles attacking stressed trees and you get unviable stands.” 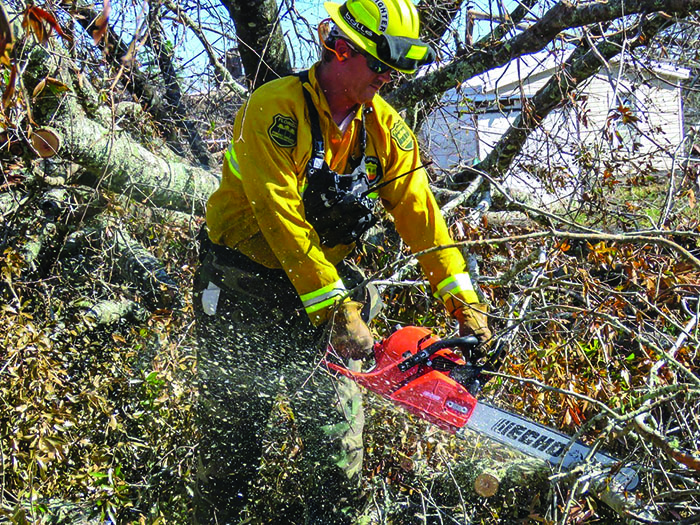 The three counties most affected by the storm in the Panhandle were Bay, Calhoun and Gulf, but Gadsden, Jackson, Liberty, Franklin, Holmes, Leon, Wakulla and Washington counties also received damage. 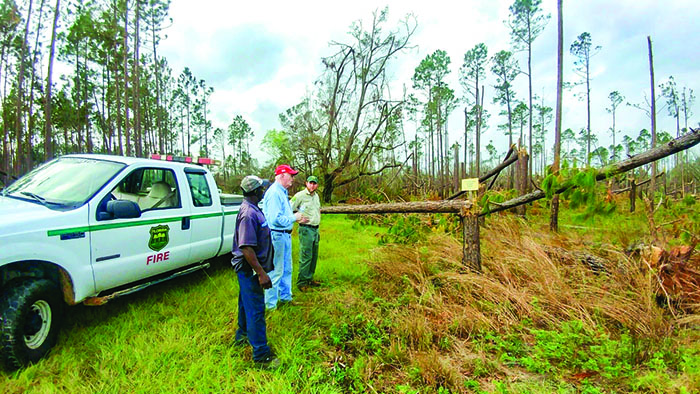 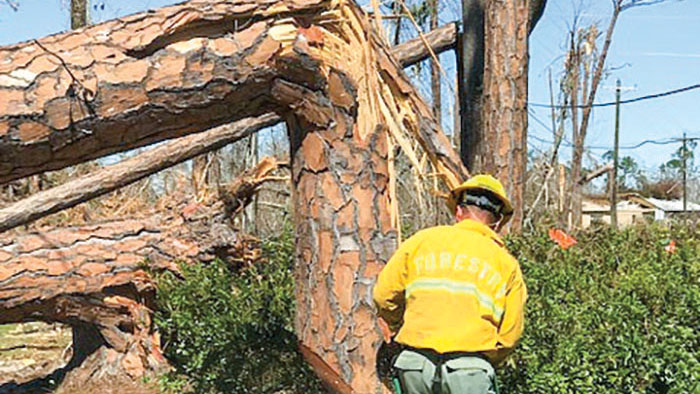