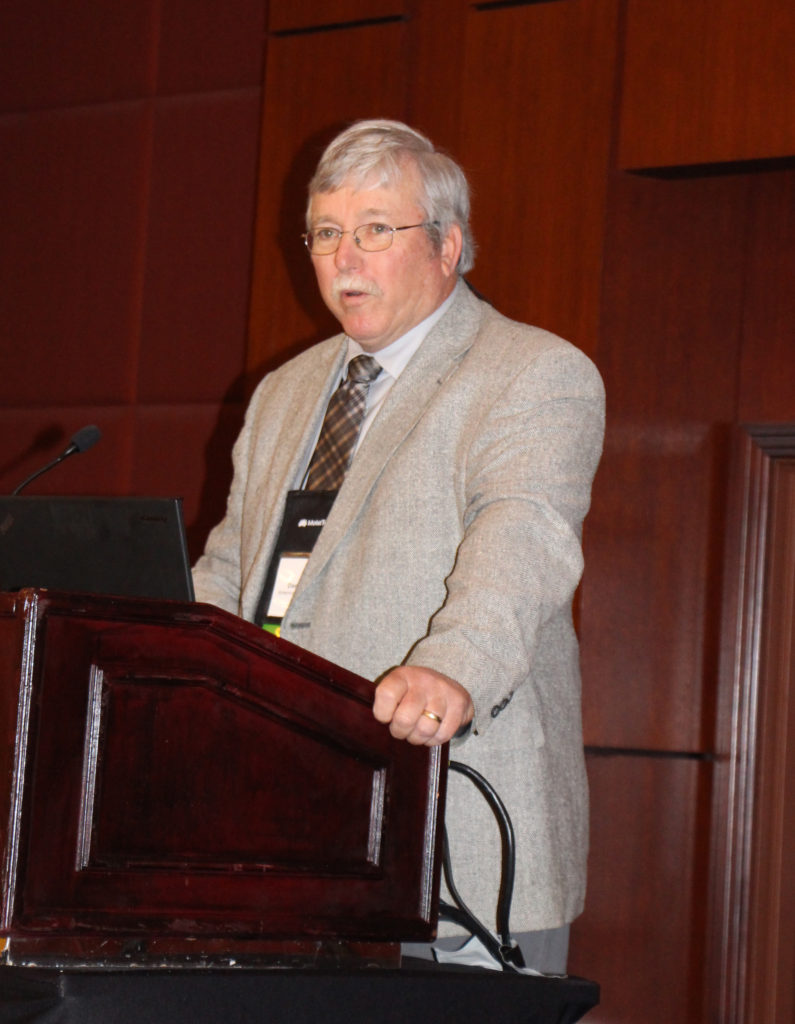 Danny Dructor, executive vice president of the American Loggers Council, spoke on the Health of the Logging Ranks and Staying Ahead of Environmental Encroachment at the Wood Bioenergys Conference & Expo. Dructor said ALC and its members appreciate the promotion of wood for bioenergy, whether in the form of a pellet, biochar, cogeneration or biofuels, because it provides new markets to participate in.

Environmentally, he said most loggers just keep doing what they have been doing for most of their careers, practicing sustainable harvesting practices that includes caring for the land, the flora and fauna on the landscape, and taking pride in their professionalism and ability to overcome change.

He noted that environmentalists have taken well intentioned laws such as the National Environmental Policy Act, the Endangered Species Act and the Clean Water Act and have abused them in liberal courtrooms and negotiated settlements with federal agencies as a means to paralyze the industry, especially on federal lands.

“We have also seen attempts to stymie operations of private lands through a host of misinformation meant to stop the wood energy markets from developing,” Dructor said.

Dructor reported on the results of the ALC 2019 Logger Survey, which received 580 responses nationwide. He said (pre COVID-19) nearly 35% of the loggers indicated they were financially worse off than they were a year ago and 16% were better off. A whopping 97% said it is virtually impossible to replace or add new hires to their operations, and 73% said the wages and benefits were not sufficient to attract the right kind of workers to the industry.

Loggers ranked finding quality drivers, trucking rates and insurance costs as the three most important impacts in being able to move wood from the landing to the mill. Insurance, equipment costs, trucking and labor ranked one through four on the list of increased operational costs.

With a choice of seven items, another question asked loggers to rank to what extent landowners or mills (or the clients they work for) valued those seven items: Low logging costs scored highest, followed by consistent production, high production, safety, environmental quality, professionalism and certification.

A proposed 450,000 metric tons per year industrial wood pellet mill to be built in Adel, Ga. is gaining steam. On September 21 the Adel City Council voted to annex a 171 acre industrial park area in Cook County into the city of…

Effingham Pellets, a subsidiary of Charles Ingram Lumber Co., plans to invest $5.4 million to establish a wood pellet operation in Florence County, SC that will produce and supply wood pellets for export sale to Europe. “We are…

Wood Bioenergy is published and delivered worldwide 6 times per year Free to qualified readers in the U.S. and subscribers outside the U.S. are asked to pay a small fee.