Anxious bidders for the Phase 2 contract that’s part of the federal 4 Forests Restoration Initiative (4FRI) seeking to treat and improve forest health conditions on more than 2.5 million acres across four Arizona national forests were told to wait a while longer after U.S. Forest Service (FS) officials abruptly cancelled the Phase 2 Request for Proposal (RFP) process in mid-September, just when it appeared that the winning bids were about to be awarded. The FS cited “performance risk” concerns over the proposed 20-year life of the Phase 2 stewardship contract that covers more than 500,000 acres and would include processing and moving mountains of biomass in addition to logs.

A FS release concerning the cancellation says, “It is in the best interest of the Government to thoroughly re-assess the requirement so that any new solicitation issued would better address all risks to offerors and the Government, including financial and investment risks.”

Two companies were apparently the primary bidders—one proposing to build a sawmill and the other proposing to build an OSB plant. Novo Power, a Snowflake, Ariz.-based biomass power facility and company, participated in both of those bids to take the biomass resulting from the two mills. 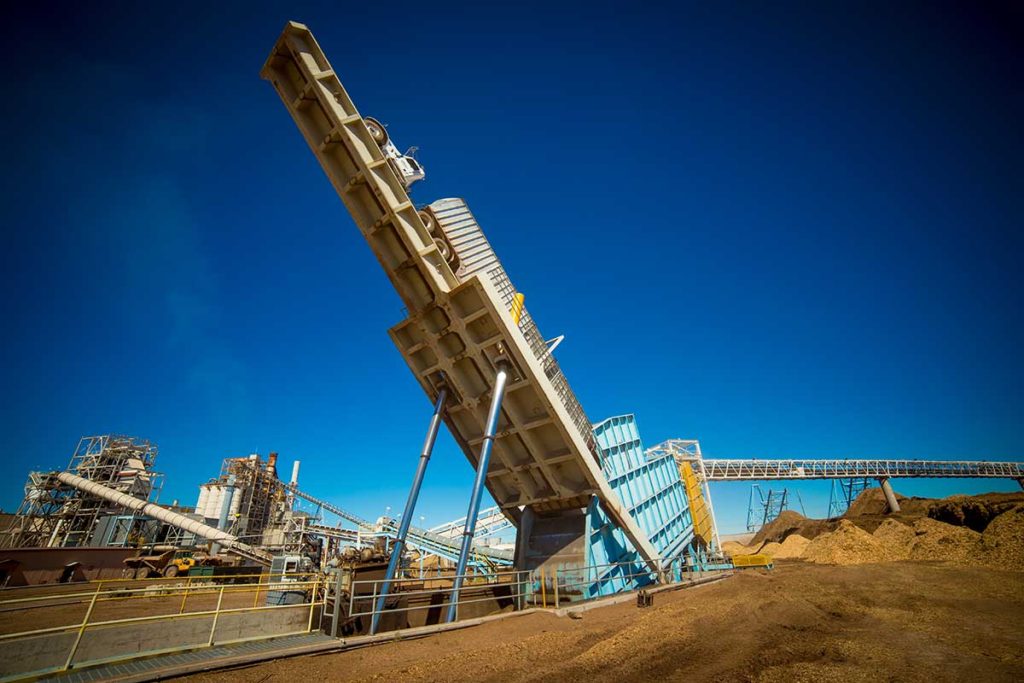 “I was stunned by the cancellation,” comments Novo Power President Brad Worsley. “I knew that there was always a possibility of cancellation but the stated reasons for cancellation were true a year ago; the USFS should have cancelled then if the gap could not be bridged.”

Worsley pointed to the agency’s growing concerns over the financial ramifications for the government and the project bidders if the promised acreage for treatment ran into issues or even if the reduced acreage was sufficient.

Novo Power has less than two years remaining on its current PPAs. “At this point we need resolution on our PPAs so that we can move forward, invest and maintain the critical employee base that we have today,” Worsley says. “We will support whatever comes in the future but our future needs certainty now.”

For Novo Power the Phase 2 RFP represented a stranglehold on collaboration. “Meetings between state and federal agencies, industry and NGOs became nearly impossible without undermining the integrity of the RFP and so many of the collaborative efforts died on the vine,” Worsley says. “It has also been a reminder of the disrespect shown to current industry. We all want a new shiny industry member but we put at risk the current industry, and in the end we are still the ones here and doing the work at the end of this very painful RFP process.”

Novo Power has been involved in utilizing material produced in ongoing forest health operations in the White Mountains area, but its 24 MW facility can only take so much.

The agency says a reassessment could address economics; acreage and volume of material to be offered; biomass treatment requirements; and road maintenance requirements.

The Phase 2 setback continues a tough run for the 4FRI effort: Phase 1, initially awarded in 2012 then transferred in 2013 to its current owner NewLife Forest Restoration, and including 300,000 acres over 10 years, has been hampered due to lack of logging and conversion capacity and is just now appearing to turn the corner on infrastructure needs while the number of acres actually treated remain well below initial projections.

NewLife, which plans to build a sawmill at Bellemonte, Ariz., was apparently one of the major bidders for the Phase 2 contract.

John Godfrey, owner of Godfrey Forest Products, was also a bidder and proposed to build an OSB plant in Winslow. He says the announcement came as a surprise, but he remains confident any issues will be resolved.

The FS is committed to forest restoration, Godfrey believes. “They’re also under tremendous pressure. They’ll come forward with a new mechanization or proposal. It can’t be that nothing happens.”

Funding for forest health and forest fire prevention programs and contracts is included the Biden administration $1 trillion infrastructure that has passed the U.S. Senate and is before the House of Representatives, and most likely some of that funding would be directed toward the national forests in Arizona.

Election May Give New Hope For Arizona Biomass

Drax Group has signed an agreement with Princeton Standard Pellet Corporation (PSPC) to acquire its pellet plant in Princeton, British Columbia, Canada. The acquisition is expected to be complete in the third quarter of this year. The plant, which has been operating since 1995, has the capacity to produce 90,000 tonnes of wood pellets a year, primarily from sawmill residues. Around half of the output from the plant…

MDF Or Bioenergy For Roseburg?

Roseburg reports it is exploring the feasibility of locating a second MDF panel plant or bioenergy production facility within its current Western, U.S. operating footprint. The proposed facility would use up to 300,000 bone-dry tons of wood residuals each year…