Drax Group has opened a new pellet plant in Demopolis, Ala. At full capacity the plant, which is Drax’s second production facility in Alabama, will produce 360,000 tonnes annually.

“Drax’s wood pellet plant that’s being commissioned in Demopolis represents a major investment that will drive long-term economic growth and spark significant job creation in Marengo County. The opening of this facility is an exciting development for this rural region, and I look forward to seeing Drax develop new growth plans in Sweet Home Alabama,” commented Governor Kay Ivey at the official opening. 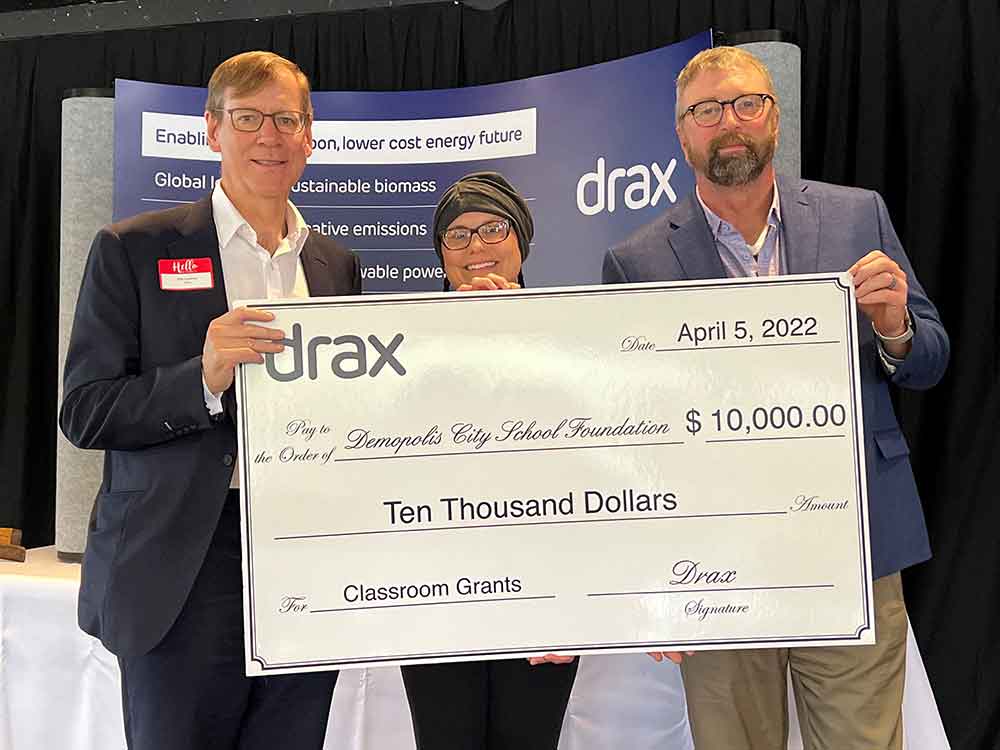 Drax is donating $10,000 to Demopolis City Schools Foundation as it continues to support the communities where it operates.

Pinnacle Renewable Energy To Be Acquired By Drax Group