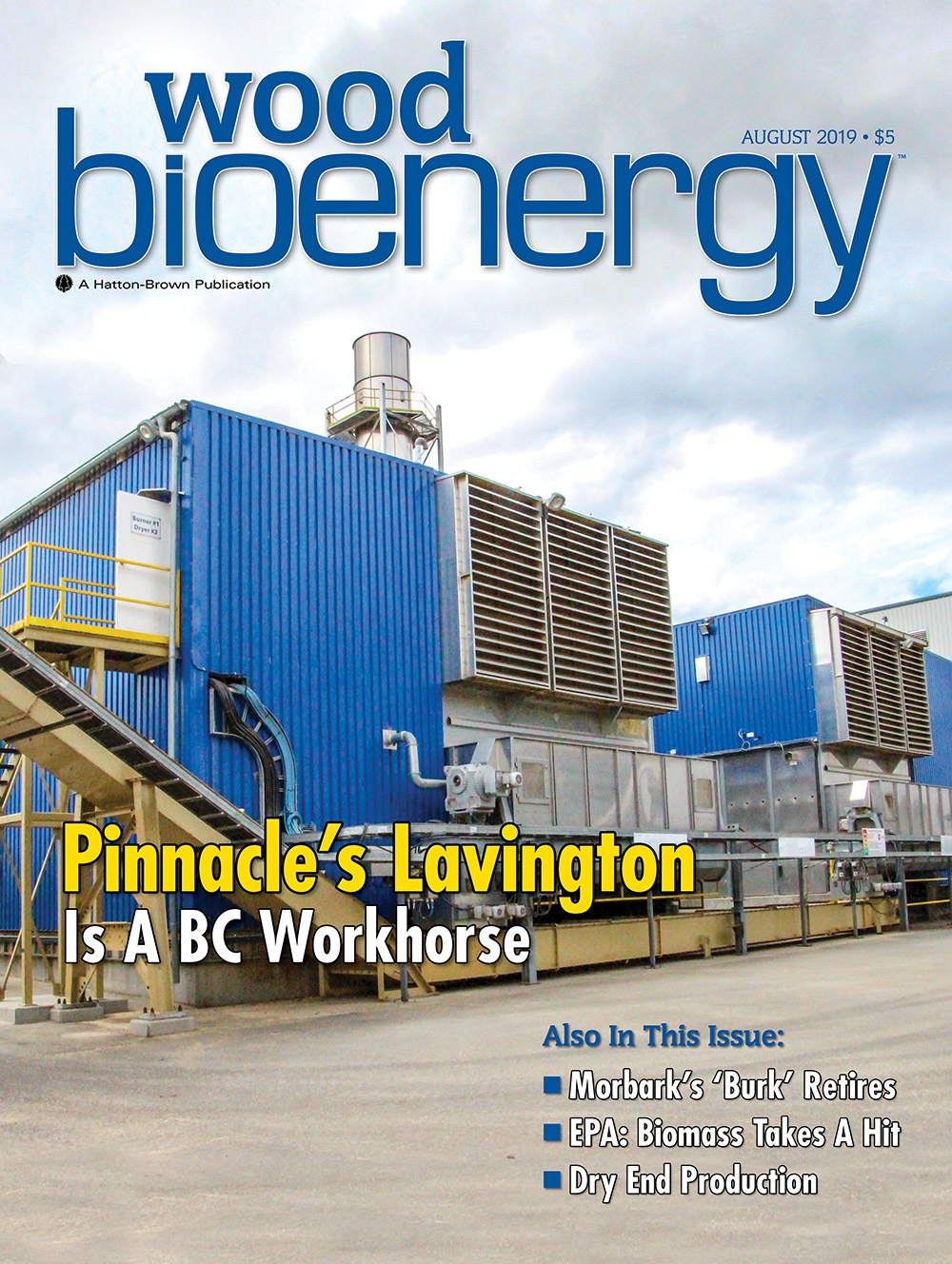 The Latest From The EPA

Machines To Get It Done

Responding to the Obama Administration’s Clean Power Plan (CPP)—itself a bureaucratic response to an executive order that was essentially dead on arrival when released in fall 2015 and immediately tossed into legal and administrative limbo—the Environmental Protection Agency (EPA) has now followed the Trump Administration’s executive order by rescinding the CPP and replacing it with the Affordable Clean Energy (ACE) rule.

Most significant for the wood bioenergy industry, however, is that as part of rightfully altering the CPP that over-reached in many areas, the EPA has kicked biomass to the curb as a viable way to reduce carbon emissions.

What the EPA has done with ACE’s approach to shunning biomass is create a bureaucratic contrivance that makes a decent case—as long as the EPA and power producers ignore the rest of the world’s approach to carbon reduction and basic principles of sustainability.

By propping up fossil fuels (that are already heavily subsidized), the EPA is ignoring the basic policy principles supporting the U.S. pellet export industry. In fact, the pellet industry has repeatedly proven its sustainability and contribution to global greenhouse gas reductions as evidenced by activities such as Enviva’s procurement tracking program and peer-reviewed scientific research showing virtually no impact on timber inventory or environmental quality.

The new EPA rule also ignores a mountain of research and demonstrations that biomass is the perfect fuel for co-firing with coal and enabling a transition to a more renewable energy environmental, as the only truly renewable baseload fuel.

With its new ACE, the EPA is missing an opportunity to highlight and promote biomass as a robust, reliable— and renewable—energy source that complements current coal-fired infrastructure and investments.

Almost as if it is hiding among Pinnacle Renewable Energy’s attention-grabbing greenfield projects of late in Entwistle, Alberta and Smithers, British Columbia, plus Pinnacle’s partnership with Westervelt in the Southern U.S. pine belt and a majority ownership of the pellet plant in Aliceville, Ala.—the Pinnacle pellet plant in Lavington, BC stands strong on its own. The 300,000 tonne facility, co-located with a Tolko Industries sawmill, was commissioned in September 2015—the fourth greenfield undertakings for the Canadian pellet leader—and has run steady for going on four years.

A departure from the drum drying technology prevalent in other Pinnacle plants at the time, Lavington relies on two low heat, low speed Stela flat belt dryers to further process sawmill dust that is blown over the railroad tracks from Tolko’s mill. A seamless process now, Lavington Mill Manager Jamie Colliss states, more than 15% of the fiber intake is from Tolko next door. He wishes it could be more—noting the ease and almost second nature in accepting the dust and shavings via steel tubing in the wood yard.

Like other Pinnacle plants, Lavington only processes sawmill residuals from Tolko and other area mills that truck fiber in. Sawdust and shavings are stored separately in the fiber yard, only the sawdust is processed through the Stela dryers with mixing of fiber streams happening after drying. Colliss says the choice to go with a belt dryer was a departure for Pinnacle—most other mills were running traditional drum dryers at the time. Going with the belt dryer was the right decision, he adds, and obviously the Pinnacle corporate team agrees—Stela belt dryers have since been installed in the new 125,000 tonne Smithers facility with technical modifications based on the experience at Lavington, as well as planned to be installed in the recently announce Williams Lake plant upgrade and expansion.

“We invest in our people by training them. Our goal is to continually get better,” Colliss emphasizes. 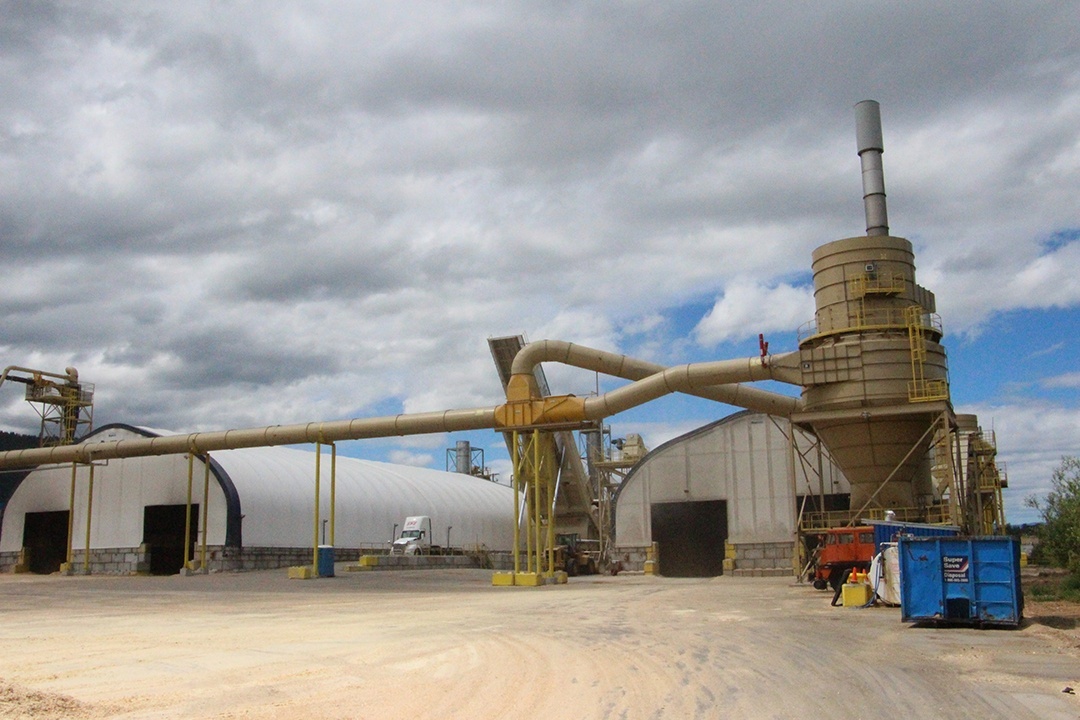 15% of the fiber intake at Pinnacle’s Lavington facility is blown over from an adjacent Tolko sawmill.

While there was a learning curve with the natural gas dryer that produces 14.9 tonnes/hr., Colliss says after about 18 months the process was appreciably well tuned. “We continue to get better,” he adds, “but overall the dryers are fine-tuned and it’s an excellent drying system from the safety side.” Low temperature means lower fire danger. The dryers heat to between 100-110°C, where a traditional drum dryer might have an inlet temperature of 450°C. Incoming raw material moisture is at 45% and is dried down to 8%. The belt system offers more automation possibility. 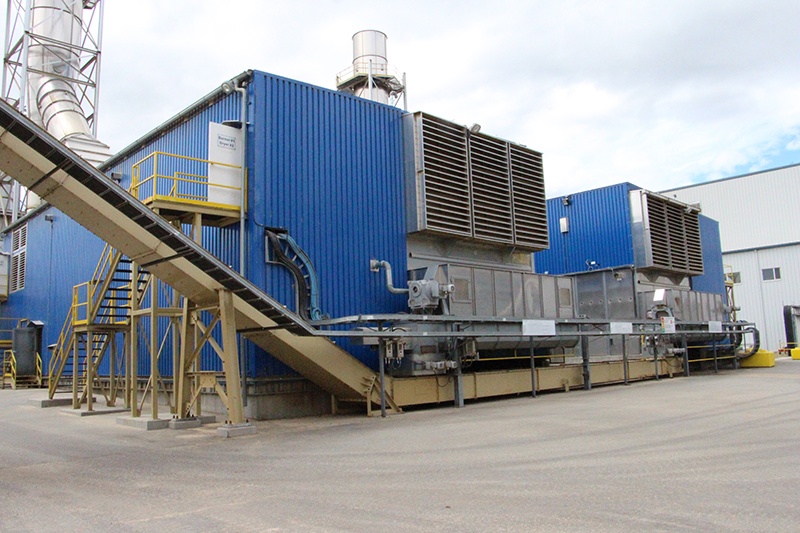 Selection of two Stela belt dryers was driven by environmental sensitivities in the area, as well as the safety elements of the low temp machines. 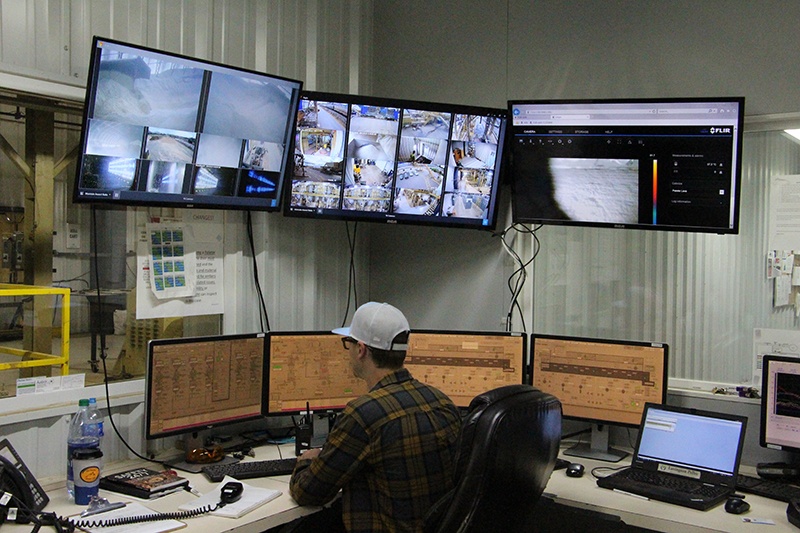 32 staff the facility – some internal promotions but mostly outside of the industry recruits.